Showing posts from September, 2022
Show all 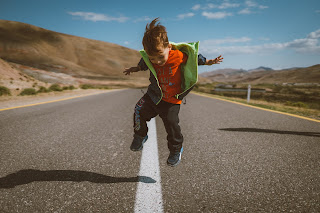 You don’t know what you’re missing vs. dodged that bullet Ah, children. The future of civilization. We place our hopes and dreams on them even though they don’t deserve it. We make plans for them and when they find out about our plans, they plan on doing something completely different. That’s not to say that we shouldn’t be proud to have them. We are! Our hearts burst with pride when we see how much they look like us. You can spot features and actions that remind us of beloved family members. Your kid may have a gait like a treasured uncle. They may have a smile like a favorite aunt. A twinkle in the eye, like the mailman. All things familiar to us by the sharing of genetics. It gives us a bond that can never be broken until the day they pilfer the car keys and do donuts in the neighbor’s yard and take out the mailbox, or figure out your password and order a trombone and an entire collection of James Bond movies from Amazon. There are pluses and minuses Having one or two children, if
Post a Comment
Read more

Yeah, hate is a strong word, but it’s the only word that covers it.  Look, I’m an old-fashioned guy.   I root for my team, the Los Angeles Rams . It’s difficult, but I’m loyal like that. Sure, they somehow won the Super Bowl last season and that great. But mostly in the last few seasons, they stunk. The thing is, when I’m watching a Rams game, I don’t want someone to come over to my house and root for some other teams player or some other teams defense when I’m intensely concentrating on sending my overwhelming positive juju to the Rams so that they’ll theoretically do well. They create a make believe football team so that they won’t pay as much attention to their families for a few months. If they don’t heed my first admonishment, I will take away all beer and wings privileges. Even if they brought the refreshments themselves. Well, I’ll draw the line there. I’ll drink the beer, but I’ll do it with a sneer. If they don’t like it, they can get out! I realize that the corporate takeov
Post a Comment
Read more

The First Albums I Bought 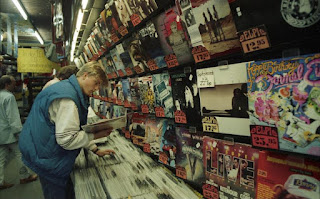 My first payday was in the summer of ’78 Watching all the musicians at the Taylor Hawkins tribute concert today took me back. Joe Walsh is playing with a reconstituted James Gang. As music does, it took me back in time. Art has the innate ability to make us remember the time, place, and smell of when we first experienced it. Music in particular has the power to catapult our memory back if we like it or not. Some times were good. Some were bad. Sometimes it rained. But they are all ours, nonetheless. They were exhilarating and embarrassing and we wouldn’t be the same without them, however you choose your recollection to be. In the summer of 1978, I was 14 years old. That was the summer my father decided I would work for him in our family business. He owned a gasoline service station. My older brother had moved on, so now it was my turn to pump gas, mount and repair tires and change oil. It was an old-fashioned service station. People didn’t have to get out of their cars. While the gas
Post a Comment
Read more
More posts