Showing posts from August, 2022
Show all

Tom Brady said he was going through a lot of shit. Here’s what it was. I think I know what was going on. There have been lots of rumors around  Tom Brady  for the past couple of years. The one about the Miami Dolphins is the most telling. Miami is the place that Brady’s wife, supermodel  Gisele Bundchen  wants to live. It’s an international city where all the rich celebrities are. Those are her people. Tampa Bay isn’t. Compared to Miami, Tampa is a country backwater. It’s Jersey City compared to New York City. It’s Tulsa compared to Dallas. It’s Oakland compared to San Francisco. No self-respecting multi-millionaire jet setter admits they live in back in the hollars of the hill country to other rich beautiful people. It’s like being Eva Gabor living in Hooterville . Her wealthy friends are always trying to rescue her. When Brady originally left his old team, the New England Patriots, his plan was to sign with a team that played in one of the NFL’s glamour spots. When you’re married t
Post a Comment
Read more

August 27, 2022
It’s about to get petty in Lakerland If management wants to make it uncomfortable in the workplace for someone, it hires a person that drives the employee nutty. I mean,  there are other ways, but in professional sports, your team acquiring the one pest that has disrupted your game is a big way of telling you to be amenable to a move to get you out of town. How do you say we don’t want you without coming out to say we don’t want you? Go get the guy that makes your nostrils flare. For  Los Angeles Lakers  player Russell Westbrook, that player is Patrick Beverley. For years now they have tormented one another. During the playoffs in 2013, Beverley was guarding Westbrook. He wanted a timeout, but Beverley made a move to steal the ball and ran into Westbrook’s knee, and blew it out before the referee could blow the whistle. Westbrook missed the rest of the postseason and much of the next year. They continued the feud since then. Once their jawing back and forth got so heated that the pol
Post a Comment
Read more 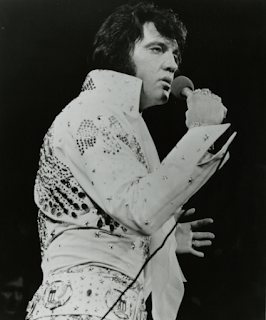 My mother mentioned Elvis so much, I thought he was a relative While growing up in our house,  Elvis Presley  was very much present. We didn’t have the black velvet Elvis paintings and Elvis music wasn’t played that much in the house. The times Mom sent me to the store to get the  Los Angeles Sunday Times  was when her Elvis fixation reared its head. My parents went to Las Vegas a lot.  Three or four times a year, they’d pack up and leave for a few days, leaving me with my grandparents. After a time, I knew when they were going to leave when I heard the name Elvis. She’d be on the phone with one of her friends or family when she’d say  ‘We’re going to Vegas to see Elvis’. I thought Elvis Presley was a family member To my 8-year-old self, this was very befuddling. They were leaving me to see someone that was like a mythical being. Elvis Presley was like Santa Claus or the Easter Bunny. Why hadn’t I met Elvis? How come this Elvis guy was some kind of mystery ?  The adults talked about
Post a Comment
Read more 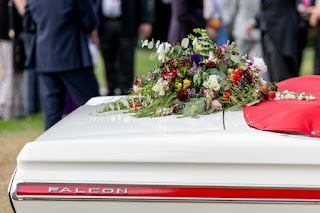 You can’t spell funeral without fun! A friend of mine suggested a side gig after a roommate came up short on rent. I had an idea to get something fun to do instead of the usual soul crushing low-pay bore fest that permeates the current want ads. Something where I could be entertained as well as compensated. The previously stated friend had watched the fine movie  Wedding Crashers . After looking into if there were such jobs as a professional wedding crasher (there weren’t), he noticed a posting for paid funeral attendees. When a funeral service has little to no attendance, a service can provide paid mourners to go to a funeral, speak well of the deceased to friends or family and to be respectful at the service. Going to funerals wasn’t something that I ever did. If someone that I knew died, I’d usually say I was going, but then back out just before. When a pet died, I wouldn’t even go to that. I’d usually just get buzzed and avoid the whole thing. But the allure of getting paid chang
Post a Comment
Read more 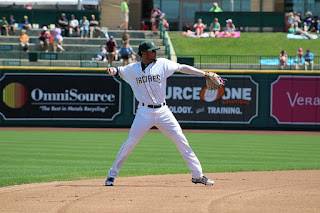 Just when they thought there was a chance. If this isn’t the biggest PED suspension, it’s at least in the top 3. The  San Diego Padres  fan is the most tortured in baseball. There’s no contest. It’s the hands-down leader. I’ll go as far as saying San Diego sports fans are on top of the sports misery index for all sports. Suffering doesn’t describe it. They’re flat-out cursed. Their sports teams can’t even sniff a title. Oh, I’m sorry. They no longer have teams. San Diego’s NFL and NBA teams left town for Los Angeles. The L.A. Clippers used to be headquartered in San Diego. The Houston Rockets also began life in San Diego. This is getting exhausting. The Padres have been around since 1969. They have been to two World Series. They have won a grand total of one game in the fall classic. One in 1984. The past few seasons, they seemed to build a winner. The Padres spent millions constructing a club that could compete with the best. They’ve signed star free agents. They’ve made trades for
Post a Comment
Read more

About Me — Craig Tyson Adams 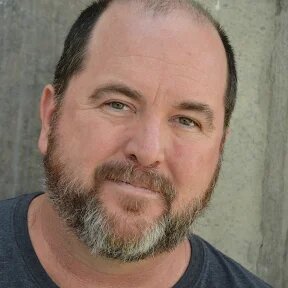 I write whatever seems to pop in my head whether I like it or not. My humble beginnings began with my parents.  My father was an unidentified astronaut and my mother was Jacqueline Onassis. After the scandal, I was put up for adoption. I found my way to a small town in Southern California called Mira Loma. There I was raised with four other children. Since I was nine years younger than the one before me, they were the ones that told me I was adopted.  The story has it that I was discovered on the front porch in a picnic basket. The nice lady that denied the story and claimed that indeed she was my mother did the best she could. The man that she said was indeed  my father didn’t say much besides that he was hungry.  He also had a prodigious ability to rent beer. I write every day, sometimes twice. I started this thing called writing when sitting on a bench looking out over Santa Monica bay one evening. Pondering my next move, a lobster with the face of  Jayne Mansfield  popped out of
Post a Comment
Read more
More posts