Showing posts from January, 2022
Show all

NASCAR at the LA Coliseum? 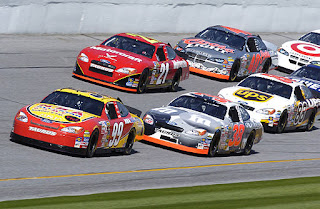 There is going to be a NASCAR race at the Los Angeles Coliseum.  The old Roman Colosseum had chariot races and now this newer coliseum will have our version.  The Los Angeles Coliseum has been around for almost one hundred years. Many sporting events have been played there.  The Rams played there. The Raiders played there. USC football calls it home. There have been 2 Olympics there. The Los Angeles Dodgers called it home before their stadium was built in Chavez Ravine. It has hosted concerts and events of all types over the years. But, the idea of stock cars roaring around a small oval track doesn’t seem like it’s going to be that great. How fast are they going to be able to go? Faster than on the 405, that’s for sure, but for racing fans, it might seem like a lazy Sunday drive with the family. NASCAR was founded by bootleggers after prohibition. Junior Johnson tearing up the woods of Carolina this isn’t.  It’ll be like warming up around the track behind the pace car but without the
Post a Comment
Read more 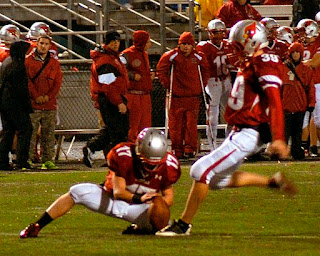 So far in the NFL Playoffs the kickers have been displaying pivotal domination.  They’re usually forgotten and disrespected. But, this year, they’ve been the ones left in the lonely high pressure spotlight.  If you look at their stats and how many points they score, you’d think they must be 6’9” and weigh 255 lbs and run like a sprinter.  In reality they might be 5’11” and weigh around 180.  Kickers never catch or even fall on a football. They only touch a football to put in on a tee. A kicker gets to wear a uniform so that a referee doesn’t think a fan ran out onto the field.  A kicker never has to hit the weight room if he doesn't want to. He doesn’t even have to wear pads. A kicker is the only guy on the team that hopes someone runs into him. That way he gets another chance to score if he misses.  You know how some guys watch their diets and wear out exercise bicycles? Kickers could eat pizza and drink beer all day as long as he splits the uprights. Nobody cares how fast he can
Post a Comment
Read more 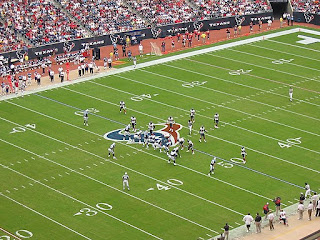 This NFL Wild Card weekend was great if you’re a football fan. I mean the NFL, and not the international game where they don’t wear pads and where the players don’t automatically collapse in a heap when someone exhales on them. Even in these days of COVID, it takes a few days before exhaling on someone results in them collapsing.  There were five games this weekend and that was enough. There is one tonight on Monday, and that is the game I’m looking forward to the most because the team that I root for, the Los Angeles Rams, are playing the Arizona Cardinals.  The Cardinals are the oldest franchise in the National Football League, having been the first team to join in 1922. They were in Chicago then, and because they don’t win very often, they were kicked from city to city until they ended up in the desert.  That said, the NFL games played this weekend ranged from entertaining to almost unwatchable.  First up was the Las Vegas Raiders against the Cincinnati Bengals. The Bengals hadn’t w
Post a Comment
Read more 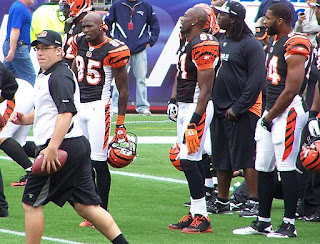 NFL receiver divas treat Sunday like an unruly child in church. NFL receiver divas are ultra competitive and feel that all passes should go to them. When I’m playing Madden football , I always feel I need to throw to the number one wide receiver at least five times per game.That’s what they demand. As a quarterback, you’ve got to feed the number one receiver even if you have to force the pass into tight windows.  Rams quarterback Matthew Stafford fell for it recently. Last Sunday against the Ravens, Stafford threw a deep pass to Odell Beckham Jr. when he had two other receivers open underneath. By the time the bomb got to Beckham, there were three defenders on OBJ. A check-down pass would’ve gotten an easy first down. Instead, the Ravens got the ball and ultimately scored.  This is the thing with wide receivers. They are supremely confident in their abilities. It's an isolated position. They excel by getting the offensive coordinator to tell the quarterback to throw them the bal
Post a Comment
Read more
More posts