HOW TO BEST MANEUVER A HOOVER

When a clean room looms 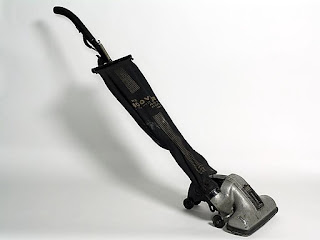 When it comes right down to it, the instrument of debris consumption has never improved.

Oh sure, a cyclone of suction that draws the material particulates into a canister has replaced the bags of yore.

No longer does the operator of the machine for floor sweeping have to deal with the potential of explosive dusty mayhem when removing the itchy eyeball producing pouch of corralled crud.

A plume of various wastrel detritus would erupt into the face of the vacuum user and about the surrounding local areas.

The effect would render the face of the bag extractor to be covered in airborne silt.

It might even elicit a cough or sneeze or two.

It was with this in mind that I began thinking of the one time the tale of a supernatural travelling Hoover sales agent. A legend that was bourne amongst the smoking area cognoscenti elite of my old high school.

Legend had it that there was a blowout of such proportions as to make Caligula recoil at a domicile of some member of a group of ill-repute. The soiree in question lasted for hours that turned into days.

Once the last participants jerked and lurched out of the house, there was only the keeper of the keys to the front door that was left to pick up the evidence of whoop making.

It was a rude thing to do. She had made sure that they had kept the property to minimal harm, and that they did not alert the local gendarme.

Stuck with the prospect of cleaning up, the key resident thought evil thoughts and directed them at the now repulsive revelers.

She broadcast the detrimental energy to where there was a cosmic reception.

An answer came, as there was a curious knock on the front door.

Opening it, the personage of the aforementioned mystical vacuum vendor, but unbeknownst to the resident, perplexed the transmitter of the harsh juju.

“May I speak to the person in charge of domestic orderliness, please?”

The tentative tenant did a quick study of the stranger that was darkening the door’s threshold. She surmised by the person’s appearance that he looked harmless enough.

She asked herself, ‘How could anyone with a smile that not only looks gleaming, but downright expensive be any type of threat?’ and then reciprocated by smiling back.

“It looks like you’ve had had an occasion of great revelry, is that right?”

She took in the question and nodded, while asking herself, ‘Who in the hell talks like that?’

“Yes, I have. Everyone has left, and now it looks like I gotta clean this place up by myself.”

“Well, isn’t that something? It’s your lucky day! I’m here as a salesperson of the Acme Vacuum Company. We’re a licensed Hoover representative. We can solve all of your tidying concerns!”

As he informs her about the wonders of the new Hoover product line, a couple of her friends have come back and see that she needs some help.

“Yeah, Carol. This is awful. I would’ve stayed around if I had known Brian and his friends were going to turn this place upside down like this. It looks like Ozzy Osbourne was having a party here.”

Carol thanks them and then tells the salesman that she and her friends could take care of the mess. Not to be dissuaded, he gives her a look that freezes Carol.

His eyes widen as he takes his right hand and pushes his tan fedora to the back of his head.

“I’ve got this. Let me help. Wait until you see this baby in action.”

As they collect the assorted rubbish, the Hoover man has put together the various accoutrements that will make his instrument of mass consumption optimal. As he scans the room, he sees the others aren’t watching except for Carol. She seems transfixed.

He makes eye contact. Carol feels the need to move. The metaphysical malevolent drops his forehead and narrows his gaze as he switches on the machine and moves toward her.

“Carol, this basement is a mess!”

The friend of Carol’s that bellowed the statement broke the mind meld. She snapped out of whatever hold the strange vacuum huckster had her in. He contorts his face into a look of frustration and emits a ‘damn it’ under his breath.

“What basement? I didn’t know there was a basement.”

Carol and the still determined to do what he set out to do salesman waded through the various refuse that decorated the living room and kitchen. Her two friends had opened the door to the heretofore undiscovered door of the below the floor basement.

Just then, there was another voice announcing displeasure at the state of the rented residence. The neighbors had alerted Carol’s landlord that morning to the goings on in the evening hence. He was letting everyone within earshot how much the fee would be to haul off the debris.

He told Carol to ignore the basement. It was being used for his storage. He reminded his tenant to focus on the catastrophe that she had caused.

The vacuum colporteur said he noticed a smell emanating from the lower regions of the household. This observation caused the property owner to huffly go through the door and descend the stairs into the lower level cellar.

Of course, his coterie of curiosity seeking amateur detectives followed.

One of them reflexively closed the door as she passed. As the opening clicked shut, she felt an icy shiver of apprehension. Sheepishly, she reached out and tried the handle, only to realize that the lock had engaged.

She decided it wasn’t the time to mention her accidental entrapment of her comrades. With the issues they were facing, her reasoning was that there was enough to think about. She’d think about it later.

As they landed on the bottom landing, the frustrated landlord turned and admonished his newly founded team of fellow concerned corps of observers. Why were they all there with him? They should work to his satisfaction or it could cause an eviction.

As the discussion grew heated, there was cooling effect pooling. The vacuum peddler grasped the shoulder of the landlord while he was still orating threats.

“What do you want? Can’t you see I’m talking?” said the titleholder.

“I know. But there seems to be two feet of water in this basement and it’s rising steadily.”

“I guess I should’ve invested in the super annealed brass pipe that the contractor recommended and warned me about.” the landowner said, chagrined.

“Well, this is a fine how-do-you-do.” said Carol, looking for a bucket.

The vacuum vendor’s attention turned to his insurance side-hustle as he said to the property governor, “I assume you have a policy that covers situations like this so that you’re not reduced to penury, am I correct?”

That’s when the landlord took out his phone and realized he couldn’t get cell service. No one else could either. The water reached waist depth.

It was then the friend of Carol’s laughingly admitted that the door that she closed had locked.

“Well, like I always say, it’s best to pay extra for the added protection, isn’t that right?” said the vacuum insurance agent as he reassuringly pats the landlord on the shoulder and they all drown like rats. 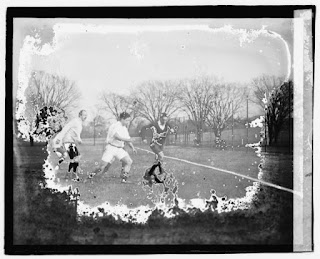 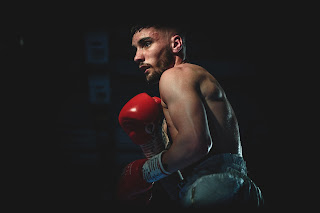